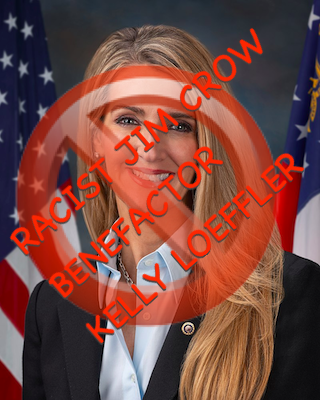 On Monday, July 6, the WNBA announced that its 2020 season will be dedicated to social justice. When the league resumes play later this month, players will wear special uniforms to seek justice for women and girls, including Breonna Taylor.1 Taylor, a 26-year-old Black woman, was murdered on March 13 by Louisville, KY, police officers, and millions around the world have joined together to demand justice for her, call for an end to police brutality, and declare that Black lives matter.

Former Atlanta Dream player Angel McCoughtry led the campaign for the WNBA to advocate for social justice and feature the names of those killed or injured by police on players’ jerseys.2 But Kelly Loeffler, the co-owner of the Atlanta Dream team and a Republican senator, doesn’t support the fight for social justice. In a letter to the WNBA commissioner, she wrote, “I adamantly oppose the Black Lives Matter political movement,” describing it as having “promoted violence and destruction across the country.”3,4

It’s no surprise that Loeffler is criticizing and undermining the Black Lives Matter movement and the fight for social justice. She’s an outspoken Donald Trump supporter, who voted with him 100% of the time.5 But Loeffler’s despicable opinion does not represent the views of the WNBA players, fans, and Americans who believe in racial justice and equality.

Loeffler is refusing to give up ownership of the team.6 The WNBA Commissioner Cathy Engelbert must remove Kelly Loeffler as Atlanta Dream co-owner.

Former and current WNBA stars, including Breanna Stewart, Sheryl Swoopes, Skylar Diggins-Smith, Natasha Cloud, Alysha Clark, and Sue Bird have called for Loeffler’s removal. Stewart, who earned league MVP honors and a championship in 2018, was among the first to publicly call for displaying #BlackLivesMatter and #SayHerName on the court for WNBA games this season.7 Swoopes, a former WNBA star and Olympic gold medalist, tweeted, “WNBA MUST do better.”8 The WNBA players’ union tweeted, “E-N-O-U-G-H! O-U-T!”9

Commissioner Engelbert said that the WNBA is “based on the principle of equal and fair treatment of all people, and we, along with the teams and players, will continue to use our platforms to vigorously advocate for social justice.”10 If she truly believes this, she must take action to back up her words, starting with removing Loeffler as team owner.

Click here to add your name to this petition, and then pass it along to your friends.