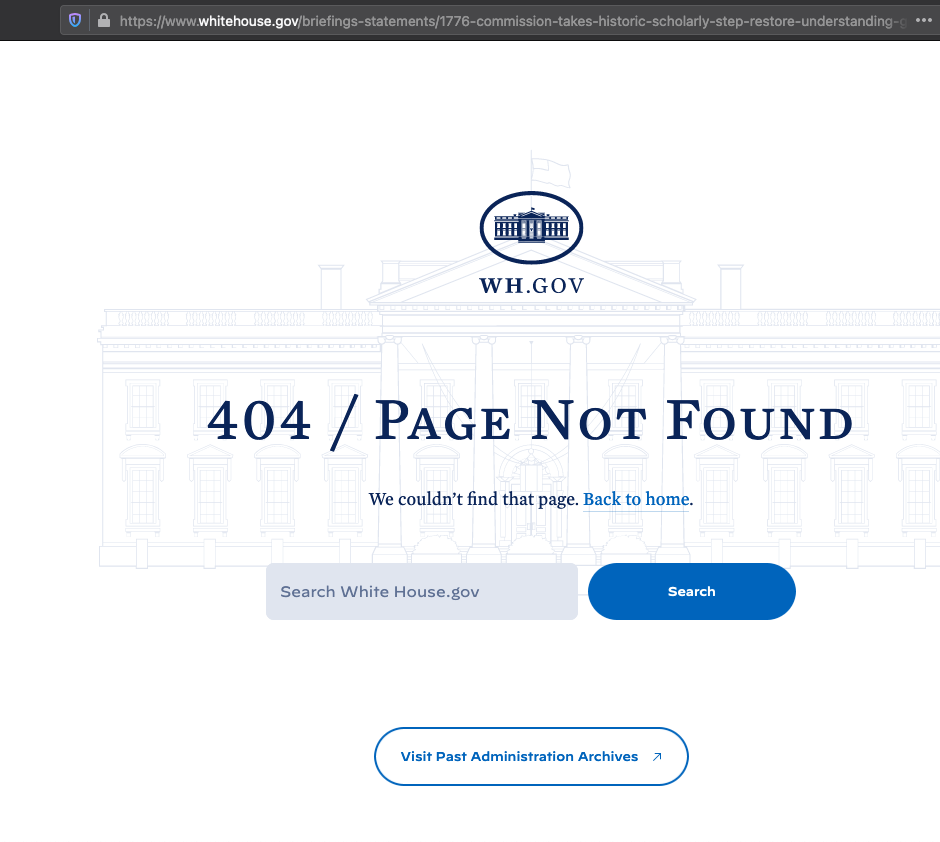 The Heritage Foundation supports and promotes the misguided belief that white Americans, who migrated to US during Jim Crow-whites only, are the builders and owners of our nation, and all must be done, including through violence, to protect and preserve their revisionist history heritage.

President Joe Biden removed #badgradestrump’s white supremacy based “1776 Commission” report (featured image above), which was only created in response to the historically accurate 1619 Project. Unlike the extremely flawed “1776 Commission”, the 1619 Project documents factual history of America before 1776’s revolt with slavery as its starting foundation.

The Heritage Foundation was founded by three Jim Crow benefactors (persons whose families migrated to US during Jim Crow, for Jim Crow-whites only):

Paul Weyrich (German, who founded the Committee for the Survival of a Free Congress (CSFC) and worked side-by-side with neo-nazi Laszlo Pasztor, a former leader of the pro-Nazi Arrow Cross Party),

Edwin Feulner (German, who is adored by Sparks, Nevada’s own Karl Rove, which speaks unethical and dishonest volumes), and

Joseph Coors (German, whose original name is “Kohrs”/”Kuhrs”, and whose grandfather, Adolph, came to US as undocumented stowaway, while The Heritage Foundation funds GOP, which targets non-white migrants seeking asylum).

After the above information, do you STILL need to know why The Heritage Foundation is on our AVOID list?

But let this sink in: three white men, who grew up during Jim Crow, decided to create a “think tank” to ensure their privileges were furthered through legislative policy. Now, where did we see this before??!! Time and time again, through confederates, ku klux klan, nazis, and other white supremacists, including the families of Heritage Foundation’s founders.

Let’s go over some of white supremacy-based The Heritage Foundation’s policies, shall we…

That person is free to share what they want, but we, on the other hand, are free to ignore and move forward around The Heritage Foundation.

At issue was GLAAD’s recent decision to accept $110,000 from the Coors Brewing Company. There has been a gay and lesbian boycott of Coors for 20 years to protest the company’s longstanding connection to far-right groups, as well as company policies that once included lie detector tests asking employees about their sexual orientation. Joseph Coors Sr., one of America’s preeminent reactionaries, was a cheerleader for the John Birch Society and the Nicaraguan contras, helped launch the odious Heritage Foundation, and poured millions into the Moral Majority and its ilk.

Hatriot revisionist history, via #badgradestrump, who refused to show his own K-12 grades, but has audacity to attempt to convert others to his ignorance. Fortunately, for our nation, an educator is now the First Lady, and First Lady Dr. Jill Biden knows better than to stand with and for this “1776 Commission” nonsense below:

…Mr. Biden will cancel Mr. Trump’s 1776 Commission, which released a report on Monday that historians said distorted the history of slavery in the United States.

The buffoonery and ignorance that The Heritage Foundation stands wholly with:

The report charges that Americans are being indoctrinated with a false narrative of the nation’s founding and identity, including the role of slavery in its history.

About the author: OurWHIRL Staff