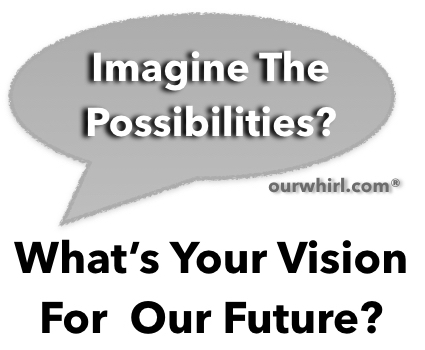 Well, one of many visions.

Since Dixiecrats and Jim Crow Benefactors (persons whose families migrated here during Jim Crow FOR whites-only Jim Crow) don’t want to be around “the blacks”, ever, as predicted by President Abraham Lincoln, here’s what I’d like to see among our own, and with those who understand history and humanity.

President Lincoln’s admin, and our Union military fought against the same evil we are protesting against today, now more than ever before, as #impeachedtrump has empowered neo-confederates, neo-nazis and white nationalists, while “blacks for trump” placate them. Therefore, we cannot negotiate, nor expect decency from white nationalists/Jim Crow Benefactors. So here’s what I propose…

Buy the land from federal government in each area, not all at once across nation, but start with one area at a time. The federal government really doesn’t care about the poor, so would/should jump at the chance to sell land to developers, to rid themselves of what today’s Strom Thurmon-GOP calls ,”responsibility” or a “burden”.

Once land acquired, tear the housing projects down, sections at a time for temporary relocation, etc. Build family-friendly communities, which can also be multi-level, but not as prison like.

Homes should be made from recycled materials, such as container homes, which can be expanded, length-wise and upwards, as needed, while providing safety and security, including from storms and more. And, of course, homes should be solar powered with water reservoirs created from rainwater to use (as primary source), in addition to standard plumbing.

In each community, there should be a K-12 school with training centers for guest speakers/trainers, a library/study center, medical and wellness facility, and day care center, that is staffed 24/7, including by members of the community. And in each community, a farming area, where produce can be grown, and taken as needed by community members, so that farm-to-table fresh food is always available. Farm should be managed by community members. Also in each community area, a grocery for other needs. Recycling centers should also exist. And, of course, veterinarian services.

The community should also have profit sharing — from store, events hosted and more.

A mini-post office should also exist in each community, as well as DMV services that cannot be handled by mail, especially voter registration services.

This community will serve those with limited mobility, as everything need for basic living will exist within their community. And one into-the-future idea: moving sidewalks to access all areas of community, especially for elderly and disabled.

Community should also be gated, with card key entrance and fingerprint entrances to common areas. Security should exist, but basically not to “stop and question”, but to assist residents for safety reasons, and keep those with intent to destroy or harm out, and that includes persons described below, as we more than know what they’re capable of.

Here’s the other part: the K-12 schools should hire educators, who actually care about the persons treated as a “byword by all nations”. It’d be great if every community included a LeBron James “I Promise” school. Software engineers should also volunteer to mentor students in coding. Local small and corporate black business owners should mentor business development, from startup to IPO. Other civic leaders should mentor students based upon their desired interest in areas of education, medicine, business, civil service and more.

We know what we’re capable of, we’ve seen the results in Rosewood, Florida, Tulsa Oklahoma (before 1921 race riot against Greenwood residents), and Five Points section of NYC, with its own medical facilities, media, businesses and coveted universities owned by blacks, the same blacks disregarded by certain Jim Crow-era migrants, whose consistent contribution to our nation has been to further whites-only, hate and segregation.

We have survived all that has been thrown at us — slavery, Jim Crow, education inequality, income inequality, discrimination, lynchings without justice, and more. No matter what we do, we’ll always be seen as “second class” or “lesser than” citizens on our own soil. So… why not use our own, with our own, and build our communities together? Then, see who needs whom?

A less stressful environment leads to more creativity, better well-being, and safety and innovation for all. We don’t know where the next great idea will come from, an idea that can be lifesaving. But we’ll never know, if certain born persons are disregarded in every way possible: denials, targeted and profiled killings, mass shootings, lack of healthcare, lack of hope, while being a gem that is needed for others.

LeBron James Opened a School That Was Considered an Experiment. It’s Showing Promise.
The inaugural class of third and fourth graders at the school has posted extraordinary results on its first set of test scores.
https://www.nytimes.com/2019/04/12/education/lebron-james-school-ohio.html

Nipsey Hussle’s Work In The Black Community Went Deeper Than You Think
Before his death, the rapper was involved in projects focused on revitalizing his South LA neighborhood and supporting STEM among black and brown youths.

He had bigger plans in the world of real estate: In February he told Forbes that his goal was to work with black community leaders in other U.S. cities to create similar business and real estate hubs designed to benefit rather than push out the black community.

About the author: Tamra Cronin

Official Stalker and Terrorizer of Organized Criminals, White Collar Criminals, Cop Shooters/Killers, and Rapists ... and Their Coverups!
Official docs to back up this PROUD badge of honor, with special thanks to US Atty-SDNY Michael Gordon, for declaring that white collar frauds and organized criminals "be scared of me", more than him!